Lines and spaces of the treble clef

From Musipedia
Jump to navigation Jump to search

Music is written on a series of five lines and four spaces known as the stave. These lines and spaces have no value or pitch of their own until a clef is placed on them. The lines and spaces are then assigned pitches according to the clef used. 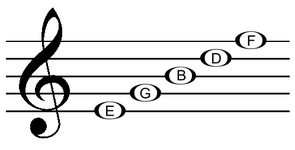 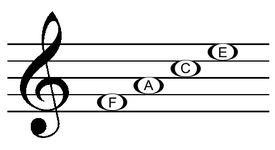 Treble clef and notes in the spaces (F, A, C and E)